What Goes Into A Compelling Demand Letter?

If you have been hurt by a careless driver, your goal is to be paid for your damages. To accomplish that goal, you need to let the at-fault driver and their insurance company know about it. A demand letter (or letter of demand) fulfills that goal. To find out more about this important legal move – including what goes into the letter, read on.

Get the Ball Rolling

A demand letter serves more than one purpose. If it's complete and convincing, it might allow you to settle your case without having to take the other side to court. Avoiding court helps keep your legal costs low and gets you paid that much faster. This letter also lets the other side know that you are not going to just settle for the paltry sum the insurance company might offer you. The other side will recognize the letter as the first legal move that might end in a lawsuit and they tend to take these letters seriously.

Decide on a Dollar Amount of Compensation

After your personal injury lawyer reviews your case and agrees to represent you, you both will agree on a certain sum that encompasses your damages. Damages suffered from a car accident might include:

The amount chosen should be a bit higher than your bottom-line amount to allow your lawyer room to negotiate with the legal representatives for the other driver.

What To Include In the Letter

These letters have several components as demonstrated below:

What to Leave Out of the Letter

Since your lawyer will be preparing the demand letter, it's not likely that it will include any of the below but knowing what not to do only furthers your understanding of the process.

This letter is an important starting point and could lead directly to a settlement. Speak with a personal injury attorney near you to learn more. 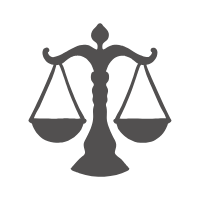